Skip to content
Home Tech news Can a Headphone Amp Power Speakers? All You Need to Know 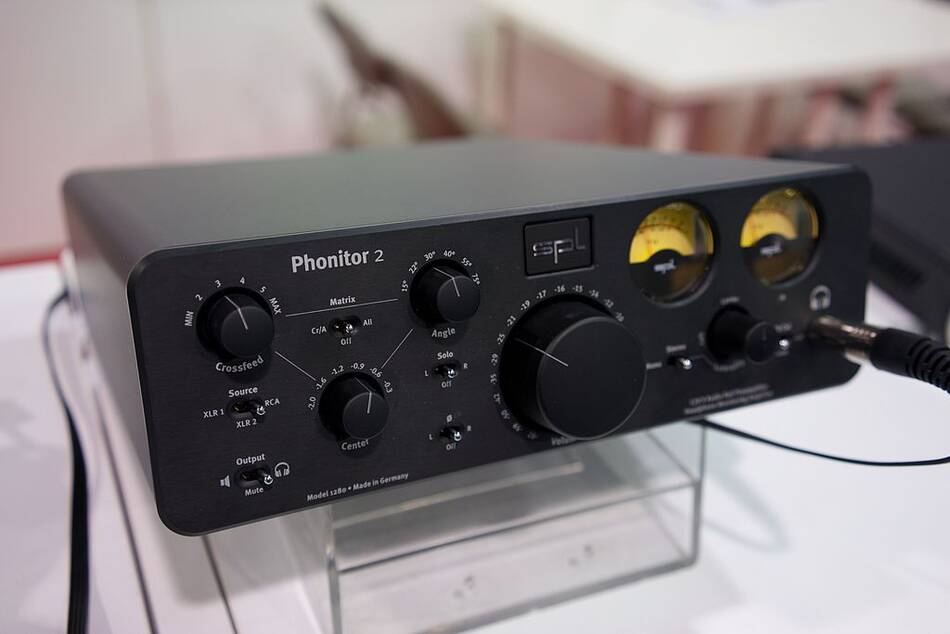 With the craze for acquiring and experimenting with new gadgets and devices, some music enthusiasts have been asking, “can headphone amps be used to power speakers?”

but how is a power amp different from a headphone amp? Well, that’s what we’re going to see next. and then I’ll move on to all the reasons headphone amps can’t power speakers.

all headphones have an important feature known as a voice coil. although there is more, you can think of a voice coil as a copper wire that has been wound around. keep this in mind.

Voice coils are an essential component in a headphone because they make it sound. but how do you do that?

The voice coils receive audio signals from whatever device the headphones are connected to, in the form of electrical currents. when this current (or audio signal) passes through the voice coil, it instantly converts it into an electromagnet. I’m sure you’re familiar with this concept if you remember physics from elementary or high school.

Once the voice coil becomes an electromagnet, it begins to repel and attract the permanent magnets in the headphones. this causes the headphone drivers to move back and forth to produce sounds. If you’ve read our article on how bass damages headphones, I’m sure you’re familiar with how voice coils work.

Essentially what a headphone amplifier does is boost or “amplify” any audio signal before it is sent to the headphones or voice coil. the power (or electrical current) that will be sent to the headphones will be much higher than without them. this will result in higher volume, fuller sound, and sometimes improved signal clarity.

Speakers and headphones are very similar in how they work. Speakers also have a voice coil that causes them to produce sound when they receive an audio signal (or electrical current) from an amplifier.

however, speakers are designed to play much louder than headphones. all the components inside a speaker are much larger compared to a headphone. for this reason, they require a lot of power to run, much more power than headphones require.

Power amplifiers are designed to supply the necessary power to speakers to operate efficiently.

As mentioned above, in theory, headphone amps and power amps don’t differ. they work the same way. but headphone amps simply can’t supply enough power to the speakers to make them work. that’s the main reason headphone amps can’t power speakers. however, there are more reasons why they are not ideal for speakers.

1. no speaker jacks on headphone amps

Honestly, the time and effort it takes to build a headphone amp that requires speaker wires would be better spent buying a power amp.

Headphone amplifiers are generally rated by the amount of output voltage they can deliver.

3. the high output impedance of headphone amps will alter the frequency response

many headphone amps have an output impedance in the range of 0.5 to 50 ohms. speakers, on the other hand, have an input impedance of 4 to 12 ohms.

Most headphone amplifiers have an output impedance that is generally higher than the input impedance of a loudspeaker. so even if the headphone amp can supply the necessary power to the speakers, they won’t sound very good.

4. the headphone amplifier may be damaged due to heat

Theoretically, there are high expectations that some headphone amplifiers can be used to drive speakers successfully. even if this is achieved, the headphone amplifier will be forced to overwork to meet the speaker’s power requirements. this will cause the amplifier to overheat as it is not designed to power such speakers.

how to properly power a speaker

At this point, I’m sure we’ve established the fact that headphone amps can’t power a speaker. the only way to drive a loudspeaker is with a power amp.

In short, headphone amps can’t provide the large amount of power a loudspeaker needs to run. this means they cannot power or control the speakers.

Ultimately, when it comes to speakers and amplifiers, it’s important to take note of their maximum drive capabilities. it’s best to get an amp that’s a little more powerful than your speaker’s ratings. this will help ensure that only clean, undistorted power reaches your speakers.