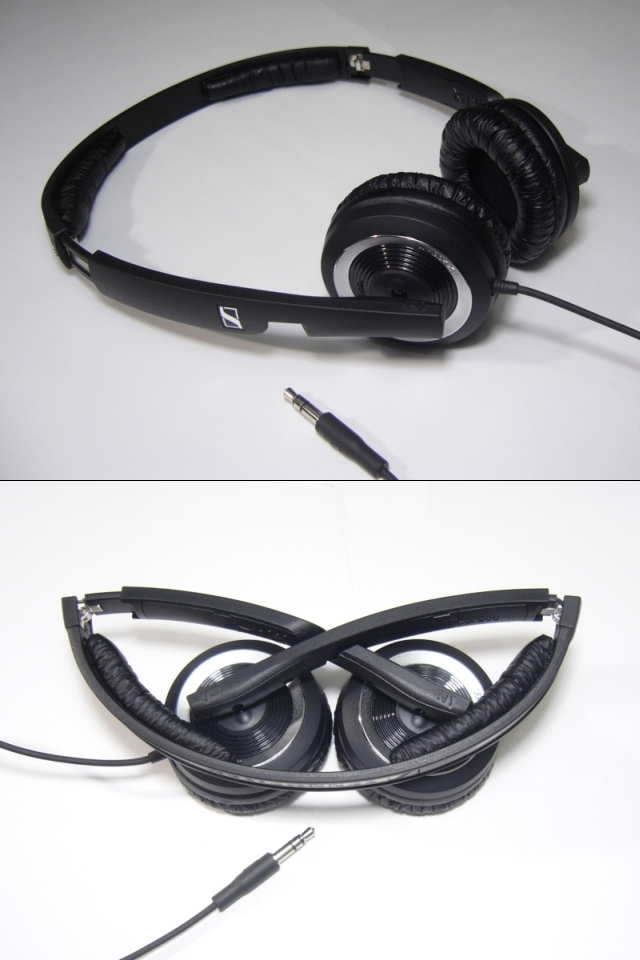 Build Quality (7.5/10): It should come as no surprise that the px200 ii’s build is fairly similar to my old px100s. the plastics are thicker all around and the metal headband has been widened by about 1/16”, but the overall design and feel of the build is very reminiscent of previous px headsets. the leatherette pads look identical to the old px200 pads and are about the same size as the pads on my other small laptops. 4-foot single-sided cord features a volume control with a belt clip about halfway down. the strain reliefs seem overly stiff and I’m a little concerned, especially considering that the volume control/belt clip on the cable can increase the chance of snagging. a soft carry bag is included with the px200 ii instead of the hard plastic case included with the px100. Comfort (7.5/10): As with the px100, the swivel ear cups provide a compatible fit. the padding on the headband looks tiny, but it does its job without making your head sweaty. however, the leatherette ear pads get hotter than the foam ear pads used by the px100 and the whole assembly is heavier and grips a bit tighter, making the px200-ii substantially less comfortable to wear long.Insulation (6.5/10): Swiveling ear cups provide a good fit and faux-fur cushions can create a seal despite the tiny cup size. as a result, the isolation they provide when placed correctly over the ear is surprisingly good, beating all similarly sized over-ears and even the so-called circumaural.sound: (7/10): despite From being a closed headphone, the PX200-II doesn’t sound closed but rather spacious, not unlike the Panasonic Slimz. although the soundstage is no wider than the px100’s, the overall presentation is less intimate and better spaced. the sound is crisper and brighter than the px100, much closer to being tonally neutral. At the lower end of the frequency spectrum, the PX200-II provides a strong punch that makes the PX100 sound very muddy in comparison. mids and highs aren’t as surprisingly smooth as the px100 because the px200-ii is so much less warm, but clarity is much improved. the top end is fairly extended but not very bright (may be a good thing for some). instrumental separation is good, helped significantly by clarity and more evenly distributed sound. resolution and fine detail aren’t quite on par with some of the more expensive phones here, but for such a small and convenient laptop, it’s all really impressive. On a final note, I found that the px200-ii benefits less from dedicated amplification than the older px100, probably because there isn’t much room for improvement on the low end.value (7.5/10): unlike the original px200, which had little going for it other than being small and cramped, the mk ii is a surprisingly capable all-rounder. Well built, reasonably comfortable and offering a good amount of isolation, the PX200-IIs are the headphones that the old PX200 should have been and finally offer some serious competition to the AKG K81DJs. die-hard bass players will probably be happier with the older px100, but for the rest of us, the much more balanced and neutral px200-ii offers more faithful sound reproduction. the sacrifice of comfort for better passive noise reduction is quite unfortunate, but potentially more valuable for those who actually wear the headphones on the go. So the px200-ii has all the makings of a critical and commercial success: ease of use, great sound characteristics, and a respected name to back it all up, and is likely to become more popular than the famous px100 on the market. in the near future.manufacturer’s specifications:frequency response:10-21,000 hzimpedance:32 Ωsensitivity:115 db spl/1mwcable:3.94 ft (1.2 m), single-sided; straight plug-in space-saving mechanism: foldable, foldable